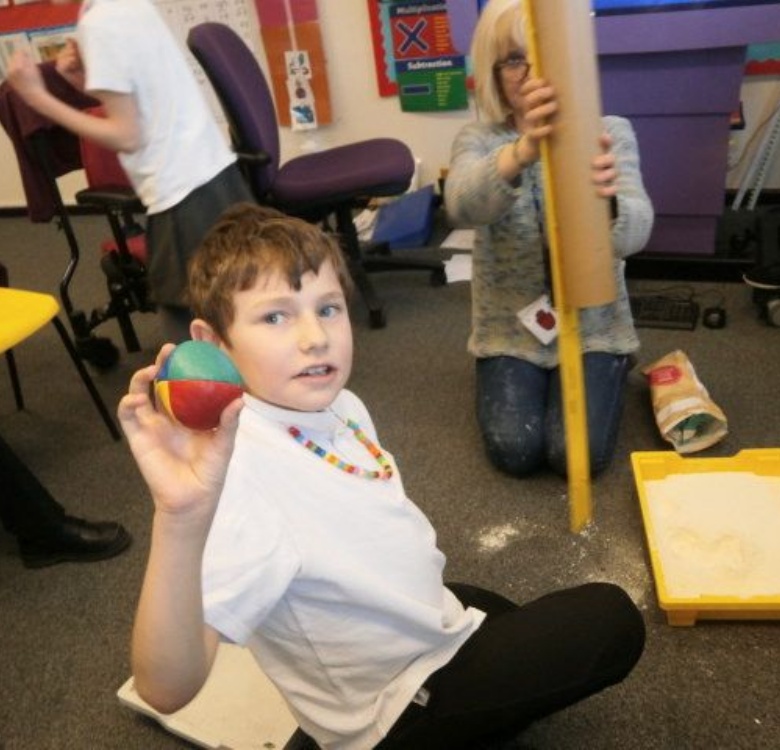 Skipton have been learning about meteorites and how they may produce craters. We did an experiment, making sure it was a fair test. We dropped objects from the same height through a cardboard tube and looked at the damaged caused. We predicted the heaviest object would cause the most damage. Jo taught us that the size and depth of a crater depends upon the size, mass and velocity of the object dropped. Jon joined us at the end of our experiment, so we could share our learning. He was impressed with how much we had learnt and the scientific language we used. We finished with Jon asking us, what object we thought would hit the ground first out of a choice of two (a heavy stone or a light small ball)? We all said the heavy stone, but were amazed to see they both hit the ground at the same time, Jon explained that this is due to velocity (the speed of something in a given direction). We now want to know what our next investigation is?